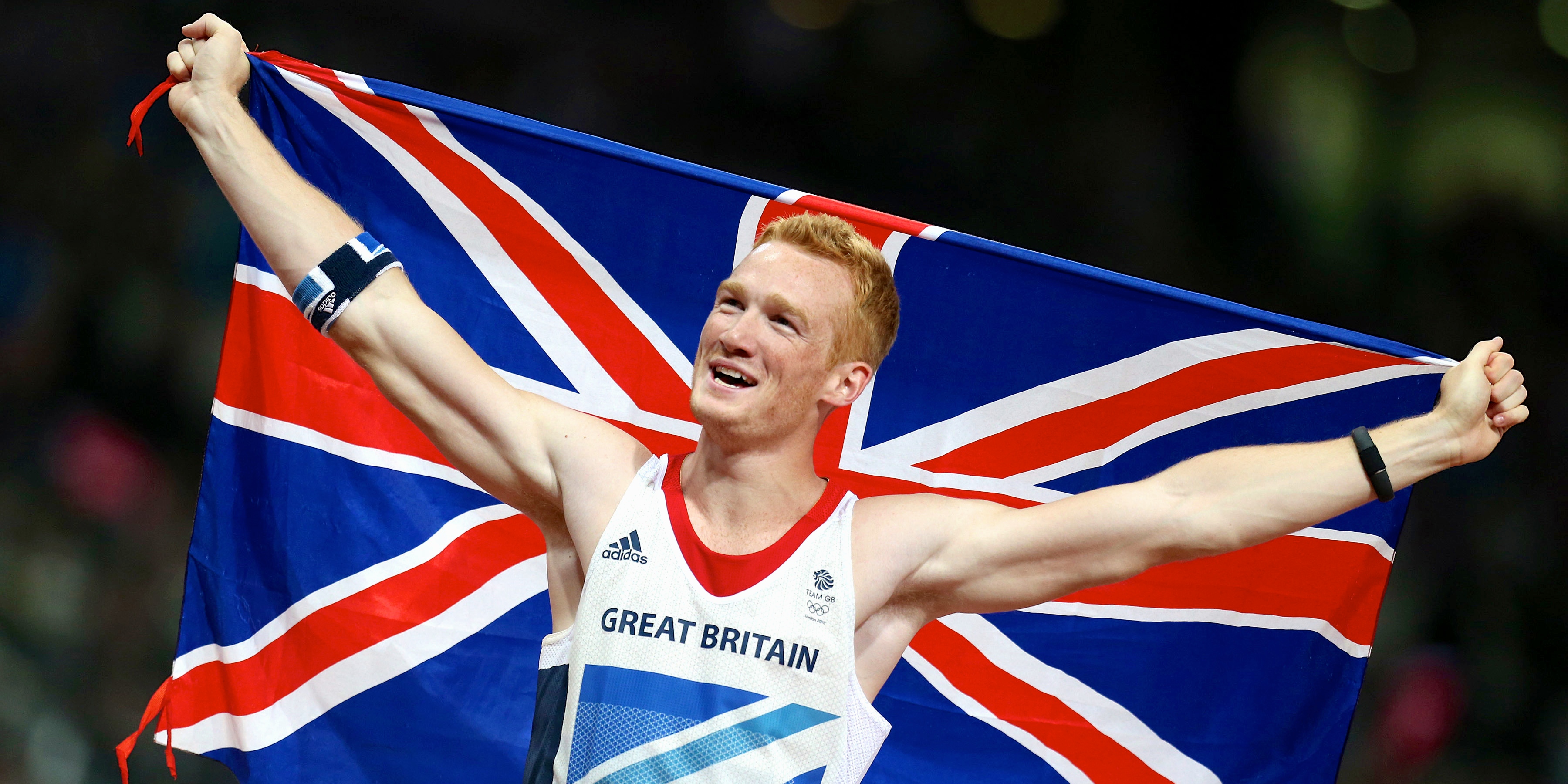 Greg Rutherford is the current Olympic Champion and holds the British Record in Long Jump.

Greg was born on November 17th, 1986, in Milton Keynes and has lived there all his life. He has attended his local athletics club since he was at school. Not forgetting his roots he continues to represent Marshall Milton Keynes Athletics Club, recently joined by his father Andy who has showed a late interest in his senior years.

Greg’s unstoppable form was to be halted through injury during the season of 2007, with a re-occurring problem affecting his tonsils and also a string of hamstring tears, it became a season he’d rather forget. Even though this prevented the continuation in his well documented jumps he maintains a positive outlook reflecting “Hamstring tears have been a part of my career ever since I became a professional athlete. It is just about learning to manage the knocks and get on with what you need to do.” It was this mature approach to his setback that allowed for him to bounce back to good form in 2008, winning the AAA Championships and securing his seat on the plane to the Beijing Olympics later that summer. Despite still very much being on the road to recovery, at the age of just 21 Greg jumped his way to the Olympic Final. He was third best qualifier with an 8.16m jump, but finished 10th in the final with a 7.84m jump.

The early signs of Greg’s unavoidable talents were yet again to gain momentum, setting the UK record for the long jump with a personal best of 8.30m in Berlin at the 2009 World Championships, finishing a credible fifth in the overall competition. However at the Commonwealth Games in Delhi, he jumped his way to the podium, picking up a silver medal with a back-to-form jump of 8.22m, proving that he has the ability to compete against the best.

2011 was another consistent year for Greg in terms of distances jumped, with a season’s best of 8.32m seeing him win the Samsung Diamond League meet in Eugene, USA. That jump placed amongst the top in the world that year, with only a difference of 0.1 m/s preventing it being registered as a new British Record at the time. It was then onwards and upwards to the World Championships in Daegu later in the year however despite entering the Championships in fine form, a devastating hamstring tear on Greg’s second jump in the qualifying competition put an end to his hopes of medal success.

Greg entered the London Olympics as the number 1 ranked long jumper in the world and he didn’t fail to deliver by jumping 17cm further than his opponents. In front of an 80,000-strong home crowd, he jumped 8.31m to take Olympic Gold on Great Britain’s most successful day at a Games in 104 years. It was the first time since 1964 that GB had won the long jump, Lynn Davies taking victory in Tokyo. Having led the competition from the second round Greg improved throughout and marked his place in history on Super Saturday.

Although Greg is best known for his ability in the long jump, he has also shown that he can compete with the best as a sprinter, a quality which naturally aids his jumping due to his speed on the runway. Over his competitive career on the track Greg has continually proved himself, most recently running a personal best of 10.26 seconds at the BUPA Great North City Games in 2011.

Greg Rutherford will retire after this summer season

Statement from Greg Rutherford: “I’m incredibly proud of my career. I’ve achieved so much but retirement comes early to those of…